Why I became a food writer 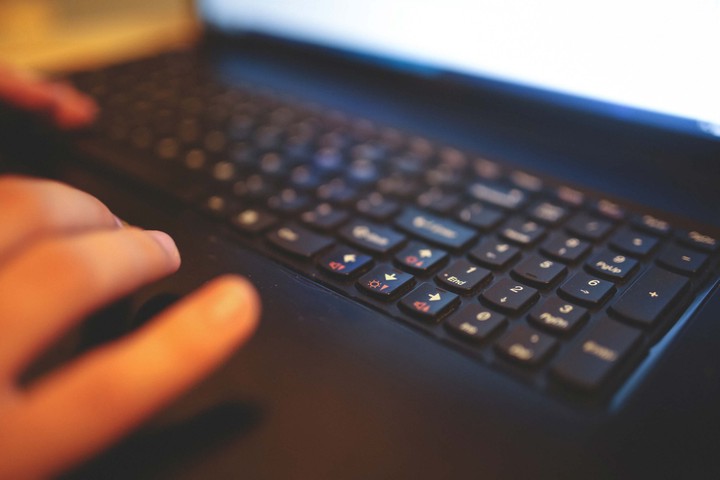 The main input device for a food writer: the laptop

If you’re just interested in my advice on how to become a food writer, go read the previous article and skip this one. No hard feelings, I understand.

To all the others, a bit of a back story first.

Back in 2014, I was obviously younger, much more naïve, less tired, and poorer. My job back then was doing programming for clients, as a freelancer, and I was learning what would later be identified as “DevOps practices”. I wasn’t working as much as I would have liked, thus causing a not so exceptional economic situation. The work was stressful, but at the time I didn’t care. I thought it wouldn’t have exact a toll on my mental health, which is one of the reasons I said I was naïve.

Basically, I was relatively poor, stressed and with little guidance on what to do with my life. That summer night in Hvar, where alone I ate a full dinner, wine included, in over two hours, taking all the time in the world to savour the taste of the food they served me, was the start of it all.

Back then I didn’t think for even a moment that writing about food would become my primary job. It didn’t even occur to me that it was possible to. I thought you’d need a lot of professional experience, either as a writer or in the food industry. Perhaps both. I didn’t give it any second thought for many years, I just learned that I loved food, that I loved comparing and analysing the different food in existence, and it would have been cool to write about my impressions some day.

Mostly I was thinking of starting a food blog. But I didn’t. It slipped out of my mind. I had no hope nor drive that I could be a professional writer one day.

Fast forward to a couple of years ago. I was working as a SEO/marketing/support guy for a Google project in Kraków, Poland. Life was much better, I had moved in an area that I liked more than programming; I was getting a reliable paycheck at the end of every month (yay!) for the first time in many years; I had friends and a girlfriend. You may think that there was no reason to change all this, right?

Well, my brain doesn’t work as predictably as many. I would have kept working at that project for many more months. But my brain disagreed, and I felt increasingly dissatisfied with the role. I simply changed. I felt at the time that I wanted to try something different, both more difficult and more ambitious, and that no matter how good I was at the job, I didn’t want to continue with it.

I quit then. A few months before the project was cancelled. I could have kept working till the end. But perhaps destiny wanted to give me those months as an advantage over my colleagues. Who can tell?

Why becoming a food writer

The “why” in my case was a mix of past experiences, extensively traveling over 4 continents, around 30 countries, exploring their culture and cuisine, the fact that the previous job was over and what I had learned there. SEO and marketing naturally marries with content writing. A good content writer must also know some SEO, as I explained in a previous article, among the plethora of skills that are required for the job.

It was therefore a bit of passion, experiences, dissatisfaction with my past job(s) and chance. Food writing has been a natural way for me to put into practice my passion and what I know a lot about.

So why becoming a food writer? To me you must have a strong inclination to write and the patience to understand the different food cultures. Plus, a penchant to try new food, savouring them slowly. Treating food with the due respect, not just something you need to live or as a sum of elements that fit into your fitness objectives, is as important as being a skilled writer. You can always learn to improve your grammar. Or reading more to increase your vocabulary. Or taking the time to carefully learn to proofread yourself, getting to know what other copywriters are writing in your field, learning from their style (and blunders as well).

But it’s much harder to accumulate the knowledge, respect and patience to know, deeply, about food. Knowledge can be slowly increased, internet and bookshops are for that, but if you don’t really like tasting food, if you don’t have the capacities to refine your tastes, nor are curious about how food is cultivated, processed and cooked, you won’t go much far in the food writing camp.

Not to discourage anybody, I’m simply telling what I believe makes a good food writer. I’m always happy to know that you managed to be successful in being a food content writer without one or more of these skills. More kudos to you!

Is a food writer a viable career?

Heck, that’s a hard question. I’ve been asking this myself since I first took the plunge and became a full-time food writer.

Every freelance writer will have their own, valid yet different, answer.

The main issue is having a large enough pool of clients to be able to pay your bills, rent, subscriptions, food, and save something. This is not guaranteed at all, and something that I have failed to achieve more times than I’m fine to admit to myself. The market is full of content writers, but lacks good content writers. These can earn more than you can think of, in the order of tens of thousands euro/dollars per year. Reaching that amount of somewhat stable income is no easy feat and requires lots of networking, learning from your mistakes, cold pitching and millions of written words.

Welcome to the club of those trying, writing, trying again, writing some more, and repeating this indefinitely.

Thus, if you want to make food writing your career, get ready to have large swings in your monthly income. Some months will be peanuts, others a larger sum than you would have even dreamed about the previous one. There’s no rule, only how good you are at pitching yourself, how good of a portfolio you have, and how much effort you are willing to put into getting yourself known.

I wouldn’t advise to become a food writer, or a freelance writer in general, to those who need to quickly pay their bills, who cannot afford to stay 1-2 months, even, without a good income. Get yourself a day job and be a part-time freelancer at first. Only until the income from freelancing grows enough to sustain at the very least your minimum needs, then you can go full time. Most freelancers I know did it so.

I’m an exception. Don’t do like me unless you are fine losing chunks of your past savings for a while.

Would I do things differently? How gosh, plenty. Would I go back to my previous office job? Only for a superb project, profusely paid. Which is outside the world of rarities these days. More like an unicorn.

But in any case, ask me back at the end of 2021 if I am still happy that I became a food writer. Things can change quickly in the world of freelance writing.

That’s mostly all about why I became a food writer. I could write an entire book, and perhaps I will at the end of my career, but I don’t want to make this article too long. Feel free to contact me for further advice or, obviously, if you need a piece of content written for you.