How to Describe Coffee

Describing coffee so that the general drinker can understand, without sounding cliché or over-marketing the description, isn’t immediate. These suggestions may help

Fresh coffee bags ready to be shipped and described

How do you communicate a flavor? How do you tell others what coffee tastes like? How can you write about coffee in a way that is understandable by the average coffee drinker?

These and other similar questions are common whether you are opening a coffee business or are a coffee lover that wants to know what coffee to buy next. Describing coffee is a translation of what one experiences while drinking it to somebody who still hasn’t. It is of supreme importance in copywriting and content marketing, for obvious reasons: a coffee that is described in good detail, with words that can be understood by anybody, can more easily be found interesting by potential customers, and lead to “converting them” into buyers.

But for the casual coffee drinker a good way to describe coffee is also necessary. Generic words like “smooth” or “intense” mean little, and admittedly plenty of coffee descriptions include them notwithstanding the actual coffee not deserving them. It is a bit like cheating or, more commonly, poor wording. If you as a drinker only read generic adjectives that are commonly found across all the coffee descriptions out there, you won’t have a precise idea of what to expect from a coffee.

Worse, you may have the wrong idea of what that particular coffee should taste like, ending up deluded when you drink it. You may feel cheated and not buy from that coffee brand anymore. I have been there and would do the same.

How to describe coffee is thus important for setting the right expectations, lure potential buyers into purchasing the right coffee for their tastes and is vital to know why a coffee tastes better to you than another.

The coffee industry has developed a famous Coffee Flavor Wheel that is based on the World Coffee Research Sensory Lexicon, a sprawling and very complete document that describes how each flavor present in coffee is to be compared with. If you want to know more I urge you to download and read the full pdf, as it has lots of specific insights on the different flavors that can be tasted in a coffee (and not only).

It is clear though that using complicated and very specific words is only worth it if your audience is made of coffee experts or those who want to know the full details of the coffee. Potential buyers, industry experts, researchers, journalists. All the others will be put off by using technical jargon, or not come to any conclusion on what the coffee tastes like by the end of the article.

It is therefore important to have in mind whom you are writing for, as in all things copywriting. I am going to assume that how to describe coffee from now on focuses on the average coffee drinker, with little to no knowledge of the more technical stuff (like “dry vs wet processing” or “blooming” or “Sidamo vs Kenyan Peaberry”).

Let’s thus focus on how to best convey the taste profile of any coffee to these readers. A few suggestions can be made.

Keep in mind the 5 big words when describing coffee

Aroma, body, bitterness, acidity, sweetness. Most of the common coffee drinkers will understand them all, instinctively, but for the body. All of them will wonder if the coffee they are going to taste is bitter or sweet, has an acidic aftertaste or a great aroma. These are the basics that anybody can understand.

Don’t overcomplicate here with adjectives. Answer the most important question: does it have a “good”, intense aroma? That is the first thing that any coffee drinker will notice in a coffee, and the first that will influence their expectations of it.

Consider whether the coffee is thought to be brewed as an espresso or a pour over. In the first case, an intense aroma may be expected more than in the second. Focus on whether the aroma is “typical coffee”, containing roasty, bitter, nutty/chocolate notes, what a lot of people would think coffee would smell like, or not. Do you smell any sweetness? Include it. Do you smell acidity? Write it down. The more complex flavors can be left out.

Get the quantity out, more than the quality of the aroma. It is all too common to weird out a casual coffee drinker with a description of an “apple-like aroma”.

Describing body is tricky. Most people don’t immediately understand what body refers to when speaking of coffee. The vast majority of coffee drinkers will either expect a lot of body or nearly nothing.

A correct definition can be found on this wikipage but it is far too advanced to be used on a typical coffee package for consumers.

A similitude I like to make is with water and syrups: light-bodied coffee is similar in feeling to water, while heavy-bodied ones are more like a syrup. While coffee is never as thick as maple syrup, everybody has drank water and some kind of syrups, or tasted honey. Anybody will get the comparison. It is inaccurate, but if we are describing coffee to normal coffee drinkers, it is sufficient.

You may want to pay attention here more than in the other 5 big words. Bitterness is a component in coffee that can be loved by somebody and completely hated by others. It is rare to find a coffee drinker that has no opinion on bitterness in coffee. If your audience is made of consumers that would like darker roasts, the ones usually having plenty of bitterness, you may want to spend more words in describing how the bitterness of the coffee resembles generally positively-viewed foods (chocolate, hazelnuts, raw almonds, maybe tobacco). Otherwise you may want to tone it down, and be more vague.

Make it clear whether the coffee you are describing is more bitter than the average in its class or not. It is extremely common to delude a consumer with a too bitter coffee than it was expected.

The positive side of describing coffee’s bitterness is that anybody will have an idea of what it is so you don’t have to go into much detail. The same can’t be said with the following big word.

As with bitterness, some people will absolutely love a vivacious, vibrant acidity in a coffee. Describing then in detail with plenty of comparisons (usually with fruits of similar acidity) is welcome for them. Others on the contrary will hate any hint of acidity, thinking that it is either a defect of the coffee or that coffee shouldn’t have any in it, at any time. Tone it up or down accordingly.

What is instead different from bitterness is that acidity isn’t easily understood. Lots of coffee drinkers will be put off by the word acidity when reading a coffee description. Reason being, they identify acidity with unpleasant tastes like a medicine, or a chemical acid, or drinking unsweetened and undiluted lemon juice. That is hardly a positive aspect of a food. Acidity encompasses a greater number of foods than bitterness, with vastly different flavors and notes.

So if you are going to highlight the acidity of a coffee, make it clear what kind of acidity you are talking about. It is lemon/orange/lime-like? More like juicy apples? Or is it an acidity that is very fruity and sweet, like in strawberries/blueberries? Or is it more subtle like in raisins, prunes or peaches? Pineapples perhaps?

As you can see, it is complicated. Lots of different types of acids exists, and you can’t here throw “acidity” and get a pass. Being a little more detailed when describing acidity pays off.

Last but not least, describing sweet coffee is the easiest of the 5 big words. Everybody but the staunchest defender of supremely bitter coffee will love some sweetness in their cups. Saying “it is sweet” will make many drinkers think in a positive way about the coffee you are describing. A high percentage of coffee lovers will add sugar or milk or cream to their coffee anyway, so be aware that the sweetness in a coffee description may be lost on them, overwhelmed by their sweetener of choice.

Regardless, it is useful to specify the most similar ingredient when talking about sweetness in the coffee. Molasses, honey, brown/white sugar, caramel are easily recognizable flavors by anybody. If you want to enhance or bind the sweetness with the acidity, you may opt for a comparison with sweet fruits: peaches, strawberries, melons, mangoes, bananas etc. But if the coffee has some sweetness but little to no acidity stick with the more sugary words.

There’s a split between casual coffee drinkers and coffee experts and professionals on intensity/strength. When describing a coffee, the former will look for “strength” while the latter will more often opt to use “intensity”. Intensity is more accurate, it identifies how much of a coffee is extracted into the cup, but doesn’t take into consideration caffeine content, which is what plenty of coffee drinkers will think of when hearing talks of “an intense coffee”.

I prefer to use intensity in the technical sense, the one that has to do with the extraction, and strength when talking strictly of the caffeine in a cup of coffee. I believe these make both words more easily understandable. You may disagree, and that is completely fine. There’s no general agreement on how to use these words. Whatever you prefer, using one, the other or both, stick to it throughout your coffee descriptions. Don’t confuse potential customers.

Also don’t forget to add the exact caffeine content in mg. Many, many drinkers can’t drink much caffeine or are looking to restrict its intake so it is extremely beneficial to them to know its precise amount.

Describing coffee is in its infancy

That’s what I have come to believe. Despite the great deal of experts, coffee snobs, divulgators, Youtube celebrities and the wealth of different devices to brew coffee with, I believe the vast majority of the greater public has little to no knowledge of how coffee is made, its varieties, the ways in which brewing it influence its taste and the mistakes to avoid in purchasing or making coffee. While beer, wine, and alcoholic beverages have had a longer span of attention from critics and magazines, up to decades, coffee has for the largest part of its history been seen as an energy drink of sorts, or one that should be drunk quickly or while chatting with friends, without giving it much attention. More like an utilitarian drink than one to be savoured.

Any coffee description has to face this truth. Keep it simple for the general public, describe coffee in ways that are the most understandable, making plenty of comparisons with known foods and liquids is key to writing a good coffee description. For now. In the near future this is going to change and talking to specialty coffee aficionados today will be the norm for any coffee drinker. But we are not yet there. 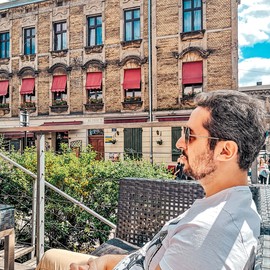